The health of the nation!

The Health Survey for England published this week revealed that almost half the population is taking some form of prescribed medication, ie I in 2 people. This doesn’t include over-the-counter medication such as painkillers, laxatives, sleeping tablets and antacids, and the contraceptive pill. Imagine what the figure would be if it did! Also, more than a fifth of men and nearly a quarter of women are taking at least three prescriptions.

Earlier this week a neighbour told me that her father had just returned home after a brief stay in hospital. He’d become increasingly incapacitated, physically and mentally, she explained, and so the hospital had decided to withdraw all his medication (a very long list!) to try to get to the bottom of it. He was soon feeling a lot better, and the conclusion was that it had been the medication that had been making him ill.

None of this comes as any surprise to me. Nor will it to any herbalist or holistic practitioner, I would imagine. We see so many patients who have been on a catalogue of drugs for many years – statins, anti-inflammatories, painkillers, antihypertensives, thyroid medication and antidepressants are common – often including medication to relieve the side effects of other medication they are taking.

These patients often feel that their prescribed medication is not helping, and sometimes is making them feel worse, and they are looking for an alternative approach to dealing with their health problems.

Herbal medicine, coupled with quite simple and straightforward dietary and lifestyle advice, can help. Sometimes it can go all the way, and help people resolve their health problems so that they no longer need to take medication. In other instances, it can help reduce a person’s reliance on prescription drugs, so that they are able to take fewer and lower dosage drugs, and hugely improve their state of health and quality of life. It also helps people take control of their own health and lives, instead of just trotting down to the pharmacy clutching their repeat prescription.

In herbal medicine there are thousands of plants with many different therapeutic properties and actions, including anti-inflammatories, anti-hypertensives, antidepressants and analgesics. But each and every one of them contains a myriad of other constituents, too, that all work together to support the body as a whole and help it heal. Without causing other problems. For example, White willow (Salix alba) is a renowned herbal anti-inflammatory and analgesic. (See About Herbal Medicine for more information.) In fact, aspirin was originally synthesised from willow. But by extracting the active constituent of the plant, salicylic acid, and creating a chemical version known as acetylsalicylic acid, some of the healing power of the plant was lost. Hence, perhaps, the fact that aspirin can have rather unpleasant side effects such as internal bleeding and stomach ulcers, whereas taking the original herbal version does not.

There are also many plants that can help rebalance hormones and relieve gynaecological problems such as PMS, fertility and conception issues, PCOS, fibroids, endometriosis, menopausal symptoms. I believe that the contraceptive pill/implant is often at the root of, and also a contributory factor in, many of these health problems, as well as others such as some autoimmune disorders. Stopping using hormonal contraception is usually helpful, but often not enough to resolve the problem, and a natural approach incorporating herbal medicine, diet and lifestyle factors is needed to bring this finely tuned body system back into balance and optimum function.

The cost of mass medication

Going back to the Health Survey for England, the cost of all these prescriptions for last year alone was over £15 billion. Who benefits? The drug manufacturers, big fat global conglomerate businesses… 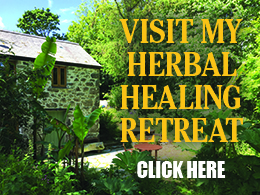